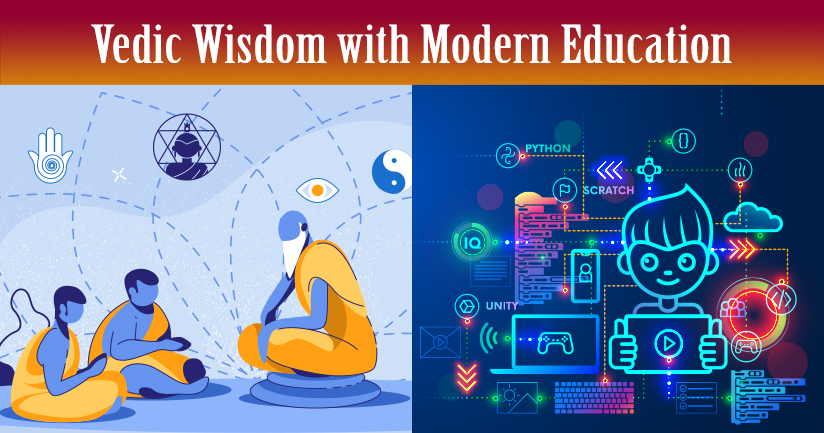 India, that is Bharat, is the name given to this country in Article 1 of her Constitution drafted after independence in 1947. Obviously, the influence of more than two centuries of British rule prevailed while mentioning India as principal name and Bharat as an explanatory one. Bharat is a Hindi word meaning ‘bhan main ratt’ – immersed in knowledge. Knowledge i.e. gyan, according to Vedic scriptures, is only the path to realization of core spiritual power of one’s own life as well as of the whole universe, rest every part of education i.e. material education is only agyan if it’s without the touch of divinity. Before Britishers, for more than a thousand years, this country witnessed Moughal rule. These foreign invasions not just led to the plundering of material wealth but eroding of the basic cultural principles and values also. Before Mahabharata war, this country had still another original name ‘Aryavrata’. All heroes of Ramayana and Mahabharata period were addressed as ‘Aryaputras’. This country is still renowned as ‘the land of holy Vedas’. But with invasions and for other obvious reasons, our Vedic culture that used to guide every man and woman on this land with a beautiful humanistic and holistic wisdom of life, saw a big downfall. Whereas that Vedic Wisdom is still competent enough to build a total peace in the minds of all men and women which even UNESCO has fixed as its goal.

Present day scenario of the global society is projecting a clear fear everywhere and in every persons’ life. Crimes, corruption and unhumanistic behaviour on one hand and diseases, pandemics on the other hand have forced us to think that virtually nothing is left in this human life to maintain real happyness. Corona has proved that material prosperity in all its dimensions is not enough to check the spread of demonic powers. Answer to all the human problems could have been traced in the Vedic Wisdom which can equally guide a poor and a rich, an illiterate and a highly educated, a cart puller and a pilot, an employee at the lowest level and at the top of management or an owner of the institution, a small trader and a big industrialist, a social worker and a political leader at the helm of affairs of a country. Vedic Wisdom is a way to use your mind for the permanent good of your life as well as for the prosperity of the whole nature surrounding you.

Today’s world is more dependent on modern science based on experimentation and observation of various material things forgetting that the universe is made of two basic elements – living and non- living. Living power is invisible and divine which is missing from the study of modern sciences. Even many of the great modern scientists have admitted this lapse. Stephen Hawking, in his ‘History of Time’ has admitted that “Any physical theory is always provisional in the sense that it is only a hypothesis.” Richard P.Feynman, in his ‘Lectures on Physics’ said “But mathematical definitions can never work in the real world.” He further declared that “I love nature, and I hate mathematics. We do not yet know all basic laws. There is an expanding frontier of ignorance.” Albert Einstein went to the extent of saying that “A theory can be proved by experiment, but no path leads from experiment to the birth of a theory.” He further submitted that “The more I study science, the more I believe in God. I want to know how God created this world. I am not interested in this or that phenomenon, in the spectrum of this or that element. I want to know His thoughts.” Max Born also warned the modern world that “Those who say that the study of science makes a man an atheist must be rather silly.” Sir Isaac Newton shared his experience by saying “In the absence of any other proof, the thumb alone would convince me of God’s existence.”

With such a background of notes of modern scientists, now every sharp mind has to accept the views of a great Indian Mathematician, S.Ramanujam, when he says “An equation for me has no meaning unless it expresses a thought of God.” A great spiritualist, knower of the Vedas and a social reformer of the 20th century, Maharish Dayanand Saraswati, defined science, called vigyan in hindi, as varied, universal and arranged knowledge attained through three modes i.e. gyan (theoretical knowledge of both the elements of the universe – God and materials), karma (acting upon that knowledge) and upasana (while living i.e. meditating upon divinity called God) and thereafter using the resultant mind properly and appropriately for the common good. That verily is the core of Vedic Wisdom.

Vedas International School (VIS) at Gurugram, a teacher’s village, has literally established an educational setup with Vedic culture and Vedic Wisdom in all spheres of human life at the core of all its activities. Instead of employing teachers, this school engages gurus, with full modern educational competence, to ensure a complete personality development of the disciples/students coming from various Indian states and from other countries. Providing day and boarding school facilities, morning assembly of the school would commence with holy Yajna followed by the elucidation of couple of hymns from holy Vedas. Acharya of the school is the friend, philosopher and guide for all. Character traits and humanistic tendencies are inculcated in the young minds in a very natural way that would keep them always away from personal to social crimes, drugs to violence and corruption in any form. Spiritual life and healthy living can be seen in every student’s life. VIS has specially planned new eating patterns besides atmospheric changes to check the effect of COVID19 with full spiritual energies. VIS has decided to guide parents also on various issues to lead a peaceful and happy life. Science laboratories can be seen in all schools, government or private, but rarely one can find a practical room for subject like Political Science. Students of Political Science, at VIS, would gather in that practical room, like members of a social or political party, examine the outside scenario of the society through newspapers and internet to prepare a couple of representations daily addressing various authorities like governments in india, foreign governments and the UN agencies also, bringing to their notices some important events requiring urgent and legal actions. Instead of Social media, they proudly call it Students’ Media by which they spread the core ideas of Vedic Wisdom. Students at VIS would be grouped like panchayat level, district level, state and central government level for a better and close- nit communication in the school. At VIS, there are laboratories for mathematics and geography also. For Commerce and Management students, interactive sessions would be arranged with the managements of MNCs around the school. For Economics students, economists of repute would be invited to address. History is taught by visiting various historical places. In fact, the whole pattern of education is designed in a play way. VIS doesn’t believe in closed classroom teaching but provides open and natural atmosphere to the students. Teachers are encouraged to design and implement newer modes of interacting with children to automatically cover their text topics.

VIS also manages a large number of social and spiritual responsibilities for the whole world at large. A Gurugram Mandir, an NGO, is being planned to facilitate general public belonging to all walks of life to visit daily evening yajna and discourse session to seek and realise the usefulness of Vedic Wisdom in household life. VIS is set to initiate a Holy Veda Study and Research Programe for the benefit of all alike without any conditions. Research on Vedic hymns would be published in a regular monthly magazine and the findings would be forwarded to various govts and UNO. VIS plans to initiate free educational supporting programmes in nearby villages to facilitate poor and middle class children also with play way model of education. For this campaign, large number of paid social workers from the concerned villages would be enlisted. VIS would provide regular training to such workers. During Corona Lockdown all over the world, when educational institutions were closed leaving the students community in a helpless state, the VIS has become a unique institution to offer Free Online Guidance to the global students on subjects like Biology and Artificial Intelligence. VIS plans to organise Health and Management talks for companies and industries to acquaint them with Vedic Wisdom in offices and various services. VIS is designed, on the lines of UNESCO, to be a real and multidimensional International ESCO i.e. Educational, Spiritual, Social, Scientific and Cultural Organisation.